What is bacteria about

May 25, 2018 Dr Olivia (Nutritionist) Leave a comment
Spread the love

What is bacteria about:

Bacteria are probably more widely distributed than any other type of living organism. They occur under very varied conditions; nearly every environment has its population of bacteria, e.g. some are found even in waters of hot springs where the temperature is above 60 degrees Celsius. They almost certainly occur in greater numbers than do other organisms, e.g. one gram of fertile soil is said to contain 1000 million, and 1 cm 3 of fresh milk may contain more than 30,000 million bacteria. 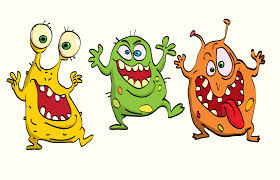 All are microscopic, and some are so small that they are difficult to see even with the highest magnification provided by a light microscope.

Each bacterium consists of a single cell. The smallest bacteria (cocci) measure less than 0.01 mm diameter; the largest are rod-shaped forms with dimensions of 0.02 mm x 0.0002 mm approximately.

Bacteria can be cultured in the laboratory in various solid or fluid media. A common method is to dissolve agar jelly by boiling it with a suitable nutritive solution (such as meat broth). The mixture is then poured into a petri dish and is inoculated with bacteria when it has cooled and set.

Different types of bacteria are often so similar structurally that other ways of distinguishing between them have had to be found. Important methods of bacterial classification are based on the fact that bacteria will stain with various dyes. One such technique was developed by the bacteriologist Gram. Bacteria which react in a certain way in this technique are said to be Gram-positive; those that react in another way are Gram-negative. Furthermore, different features of their behavior and metabolism can be used to distinguish between bacteria.

Many bacteria show Brownian movement only, but some can move freely in the surrounding medium. Apart from those few bacteria that make slow gliding movements, bacteria can move themselves by their flagellum when these are present. There may be just one flagellum per cell, of flagella may be evenly distributed over the surface. Many bacteria shed their flagella as the cells become old. Flagella are rarely found in cocci.

Many bacteria respire anaerobically whereas others can respire only in the total absence of oxygen. Some bacteria can live equally well with or without atmospheric oxygen. (it is said that bacteria produce more carbon dioxide than do all the world’s plants and animals)

Click and then Scroll Down to see how it works

Bacteria feed in one of two main ways:

By synthesis of food from inorganic sources.

This method is found in comparatively few bacteria only. An external energy supply is required for this synthesis. Bacteria obtain their energy from

By use of organic (‘ready-made’) food

This method is common to the majority of bacteria, which are either saprophytes or parasites.

No convincing example of sexual reproduction has been demonstrated in bacteria. Reproduction is asexual by binary fission. When the limiting size is reached the cytoplasm divides transversely; a new cell wall is formed separating the two portions, which may remain together, so beginning colony-formation. In favorable conditions, the limiting size can be reached every 20 minutes. Theoretically, at this rate of division, each bacterium would produce more than one million offspring in less than 7 hours; in practice, many factors resulting from overcrowding tend to prevent this.

Bacteria, particularly rod-forms, are capable of forming hard resistant spores, called endospores because they are formed within the original cell wall. The protoplasm shrinks away from the wall and a tough resistant material is secreted around the protoplasm. The number and position of spores in relation to the ‘parent’ bacterium can be used for identification.

Factors affecting the growth of bacteria

Apart from the obvious considerations of suitable food supply and presence or absence of oxygen, the growth of bacteria is affected by external conditions. These include temperature and acidity; most bacteria grow best between 25-40 degrees Celsius and in neutral surroundings. Although bacteria may tolerate very low temperatures (below freezing point), most bacteria, though not their spores, are killed above 60 degrees Celsius.

Exposure to ultra-violet rays of the sun kills many bacteria, perhaps because they lack protective pigment. Overcrowding, besides depleting the available food, produces accumulated excretions which prevent further growth. Also, bacteria are attacked and destroyed by virus-like organisms called bacteriophages. 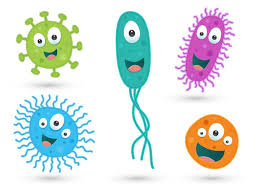 We are not all bad

Besides bacteria which are harmful to man there are many that have no effect and others that are positively useful. There are those from the soil. There are also symbiotic bacteria (those that digest cellulose in the alimentary canal of ruminants, those that synthesize vitamins in the body of man, and those that live in root nodules and ‘fix’ nitrogen from the atmosphere.

The disposal of human sewage and the decomposition of garden compost also depends on the activities of bacteria.

Bacteria are used commercially in several food manufacturing processes, e.g. butter and cheese from milk and vinegar from alcohol. Industrially bacteria are used to make chemicals difficult or impossible to synthesize in other ways.

What is food preservation about